Everybody remembers where they were when they learned aout 9/11. Me, I was walking in a corridor in my school and saw a cluster of people sitting in silence in front of a TV that showed flames and smoke over the New York skyline, which I recognized instantly because I had been to New York with my parents as a kid and we had visited the Twin Towers together. My first thought was: "there's going to be a war".

On November 9 I was at my friend's house in João Pessoa, a couple days after I started my Brazil climbing trip. Right after I woke up I switched on my phone to check the results on the Le Monde website. The main title was in French but the words were not making any sense to me:

My first reaction was not surprise, but disbelief. I stared at the words on the screen, still half asleep, until I convinced myself that what they represented was the truth. But everything I had learned about this election during the past couple months contradicted what I was reading. Newspapers from three different countries, the 250+ people I was following on Twitter, all the blog posts, they had all predicted a Clinton victory. And they were all wrong. Not just a little bit wrong, like in: "we missed some of the nuances" but completely, utterly wrong as in "there is no FAIL gif powerful enough to say how fucking wrong we were".

I was feeling like a child who just learned Santa Claus doesn't exist while all his friends had conspired to make fun of him for so long. In a word, I was feeling pretty fucking stupid. Stupid, betrayed and pissed.

From one day to the next, I stopped checking my Twitter feed or reading newspapers. If all those fucking pundits have been so damn wrong about something so basic as predicting the outcome of an election (simple binary classification, in machine learning terms), then I am probably better off without their opinions. I am pissed at the Internet, which I trusted so much, and cannot trust anymore. The Internet I used to know is in a sorry state.

Internet has become mainstream, turning everyone into an attention whore selling clickbait links for likes and follows. We have become experts at personal branding, professional contestants in a big fucking reality show. Wannabe startups battle for our available brain time. Self-proclaimed experts package bullshit in 140-character haikus. We are all contestant and jury member of a gigantic, absurd beauty pageant, competing with our best friends and everyone we love most for the biggest number of likes on our Facebook timeline.

Internet wasn't always like that. It used to be a place for nerds, before the word "geek" became a meaningless complimentary adjective synonymous of "I don't undersand shit about how the Internet works but I know how to pronouce GIF". Sure, nerds were the ones who invented status badges, kitten videos and The Facebook. But at least they despised Mainstream. Mainstream means over-simplification. Mainstream means the least common denominator, it means idiocracy and the end of creativity. Mainstream means having to choose between a Trump and a Clinton.

Large swaths of the Internet have become the equivalent of mainstream TV. They have turned into tiny bubbles, echo chambers where minority opinions that stray too far from the local status quo get close to no exposure. Politics strive in this environment: they have always been experts at toying with mainstream media. They used to be clueless about social media, but oh boy look how far they've come.

2016 has been bad enough for America, but look how 2017 is going to be for France. Voters in the presidential election are going to have a choice between ideologies located at unpleasing ends of a political spectrum composed of the establishment, corruptibility, cronyism, corporate influence, deceit and racial hate. It's going to be a freak show, with participants all fighting over the attention of a few disgusted visitors. It's going to be bad but what can we do about it? It's the only game in town. In that game the only way not to lose is to not play.

It's depressing. But hey, you know what? There is hope. Of course there is. Because I'm not so naive to believe it's that bad. After all, as a software engineer, I know that the Internet is more than a content delivery platform: it's a technology. My disappointment and feeling of betrayal do not come from the Internet, but from the narrow, lazy, brainless usage of the Internet I've cornered myself into during the last couple years. There is hope because the Internet is much, much bigger than that. And as a software engineer, it's even better: I have the necessary skills to contribute to the Internet and to improve it, make it more like I want it to be. 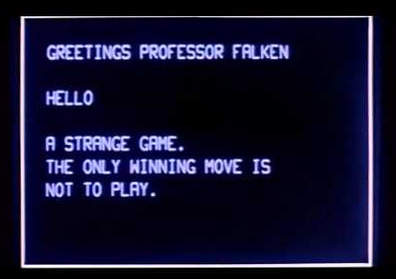