A while ago, I found myself rewriting the Nuli! 努力! website from scratch. This website does not need any backend: it's just a landing page that redirects you to the Chinese learning-app. So naturally I found myself looking for a static website generator. My favorite language for the web is Python, so I already knew about Hyde. 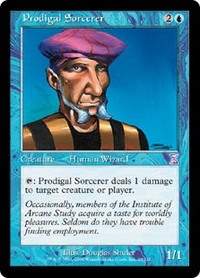 The problem with Hyde is that it's pretty limited with regard to multilingual content. I needed to generate both English and French versions of the website with identical layout and I really wasn't about to duplicate a lot of HTML code. I had also gotten used to website localization with Django. So what I did was a quick-and-dirty Django static website; I simply made render_to_string calls with appropriate HttpRequest objects.

However, Django is not really meant to be run without a database, so this temporary solution was rather hackish. In fact, all I needed was the localization backend of Django, which is itself based on Babel and a template-rendering language; I picked Jinja2 for its similarity to the Django template-rendering language. And so was born Prodigal! I also added a SimpleHttpServer-based server for good measure.

I'm rather pleased with the result and I intend to keep maintaining this project -- in particular, I'd like to migrate to Python 3, once Babel and Jinja2 have made the transition. So if you have comments and questions, don't hesitate to open a pull request or an issue!